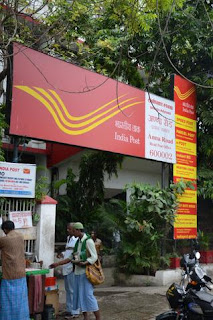 The department of posts is putting in place core banking solutions (CBS) at four of its head post offices in Chennai, and the process is expected to be completed by September. This means these post offices will become like banks and offer a range of services.

The head post offices on Anna Road and in T. Nagar, Mylapore and Tambaram will soon be networked via CBS, which is one of the postal department’s flagship projects.

At present, customers who have postal savings accounts have to go to the post office where their account is, to carry out any transaction. They also have to wait in long queues to withdraw cash or to get their monthly pensions.
But once CBS is implemented, customers can go to any post office covered under the system and carry out transactions. The project also envisages installing ATMs at these four post offices by October, so that their 2.5 lakh account-holders will be able to access their accounts at the swipe of a card.

Customers who have invested in savings certificates too, can encash them using CBS.

Officials of the postal department said they had tied up with Infosys to eventually implement CBS in 110 post offices across the city and its suburbs. Currently, software testing for the project is in progress.

Welcoming the move, 70-year-old D. Sriraman, a resident of Villivakkam, said this would benefit several people who now spend at least half an hour just to withdraw cash.

The CBS project will be rolled out in all post offices over the next two years in a phased manner. Services offered will include internet banking, mobile banking and mobile transfer of money. The department also is mulling over a proposal to integrate other postal services with CBS.

Postmaster general, Chennai city region, Mervin Alexander said there are nearly 3.3 crore savings account-holders in the region. All postal employees are now being given extensive training in CBS, he added.