The survey was part of the 100th anniversary of India Film and “Mayabazaar” was one of the 100 best films of various film industries across the country. For now, the survey closed, the film received 16,960 votes, which was 23.91% of total votes cast in the election.

Mayabazar is a 1957 mythological Telugu film. The Telugu version was first released in Andhra Pradesh on 27 March 1957.The story, dialogues, and song lyrics (in Telugu) were written by Pingali Nagendra Rao. The producer of both the versions, Bommireddy Nagi Reddy bagged the highest award for films in India, Dadasaheb Phalke Award in 1986. The critically acclaimed Mayabazar is considered one of the enduring classics of Indian Cinema. The film was touted as a landmark achievement in Indian film's cinematography, art direction and visual effects with the technology available at the time. The music delivered by Saluri Rajeswara Rao (uncredited) and Ghantasala has been extremely popular. The film stars Gummadi Venkateswara Rao as Balarama, NTR as Krishna, ANR (Telugu version); Gemini Ganesan (Tamil Version) as Abhimanyu, S. V. Ranga Rao as Ghatotkacha, and Savitri as Vatsala/Sasirekha. A digitally remastered colour version was released in 2010. IBN Live declared it as "India's greatest film ever". 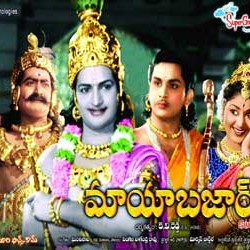 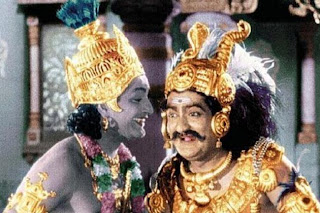 
The film had a 175-day run in Durga Kala Mandir theatre, Vijayawada. 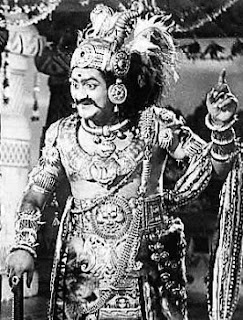 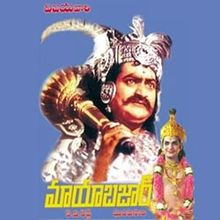 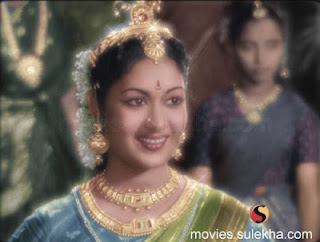 There is little else one could expect when all time greats like Marcus Bartley (cinematography), Ghantasala (music), ML, Leela, Suseela and Madhavapeddi (playback), Gokhale (art), Pasumarthy (choreography) and Pitambaram (make-up) got-together to weave magic around an episode from Mahabharata, Sasirekha Parinayam .


It is a tribute to Telugu culture, language and customs of the land. The film was watched repeatedly soon after its release because people identified every character of the film with someone they knew in their immediate vicinity and the audience still do the same now.


The dialogues written by Pingali Nageswara Rao (as well the lyrics) were the same that the people were hearing or using in their conversations every day - if not, those became a part of Telugu life thereafter. Sasirekha, nay Ghatothkacha's Manadi Sodara Prema... became immortalised as much as Suryakantam's antha alamalame kada which has become a way of life in greeting people.


As for the songs, Aha naa pelli anta still reverberates in marriages andVivaaha bhojanambu is yet another must.


The result - a feast for the eyes and soul. That is Maya Bazaar for you. Mind you, this is a story of Paandavas and Kauravas with the Yadavas pitching in. But one never sees the Paandavas throughout the film. We only hear of them.
Posted by Praveen kumar at 1:28 AM