Tip to Find a lost File on Your Computer 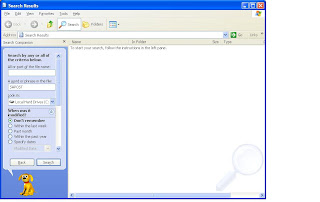 You have lost a very important file and want a quick way to find in your system for this i will recommends you, try to search a file with its file extensions (for example for word file, type *.doc, Excel *.xls, Acrobat *.pdf, *.ppt and *.exe for executable files.
If you don't know the name of file but know that it contains a string of text then try to search for files containing specific text, type the text you want to find from any file or folder. This is time taking process but creates very precise result. In Look in, click the drive, folder, or network you want to search. To save time, always select the specified drive or location instead of whole computer.
To specify additional search criteria, click Search Options, and then click one or more of the following options to narrow your search:
Select Date to look for files that were created or modified on or between specific dates. Select Type to look for files of a specific type, such as a text or WordPad document. Select Size to look for files of a specific size.
Select Advanced Options to specify additional search criteria. Click Search now
Posted by Praveen kumar at 10:29 PM No comments: 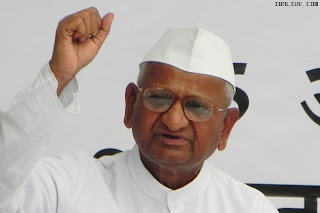 He built a village Ralegaon Siddhi in Ahamad Nagar district, Maharashtra
3. So what?
This village is a self-sustained model village. Energy is produced in the village itself from solar power, biofuel and wind mills.
In 1975, it used to be a poverty clad village. Now it is one of the richest village in India. It has become a model for self-sustained, eco-friendly & harmonic village.
4. Ok,...?

Anna Hazare was awarded Padma Bhushan and is a known figure for his social activities.
5. Really, what is he fighting for

He is supporting a cause, the amendment of a law to curb corruption in India.
6. How that can be possible?
He is advocating for a Bill, The Jan Lokpal Bill (The Citizen Ombudsman Bill), that will form an autonomous authority who will make politicians (ministers), bureaucrats (IAS/IPS) accountable for their deeds.
7. It's an entirely new thing right..?
In 1972, the bill was proposed by then Law minister Mr. Shanti Bhushan. Since then it has been neglected by the politicians and some are trying to change the bill to suit thier theft (corruption).
8. Oh.. He is going on a hunger strike for that whole thing of passing a Bill ! How can that be possible in such a short span of time?

The first thing he is asking for is: the government should come forward and announce that the bill is going to be passed.
Next, they make a joint committee to DRAFT the JAN LOKPAL BILL. 50% government participation and 50% public participation. Because you cant trust the government entirely for making such a bill which does not suit them.
9. Fine, What will happen when this bill is passed?
A LokPal will be appointed at the centre. He will have an autonomous charge, say like the Election Commission of India. In each and every state, Lokayukta will be appointed. The job is to bring all alleged party to trial in case of corruptions within 1 year. Within 2 years, the guilty will be punished. Not like, Bofors scam or Bhopal Gas Tragedy case, that has been going for last 25 years without any result.
10. Is he alone? Who else is there in the fight with Anna Hazare?
Baba Ramdev, Ex. IPS Kiran Bedi, Social Activist Swami Agnivesh, RTI activist Arvind Kejriwal and many more. Prominent personalities like Aamir Khan is supporting his cause.
Posted by Praveen kumar at 10:25 PM No comments: 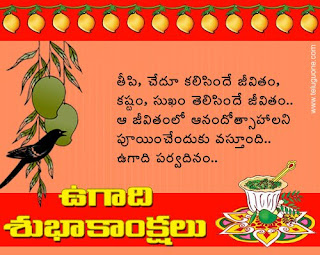 Posted by Praveen kumar at 8:16 AM No comments: 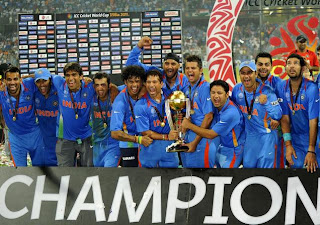 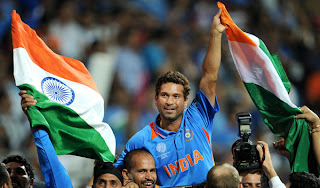 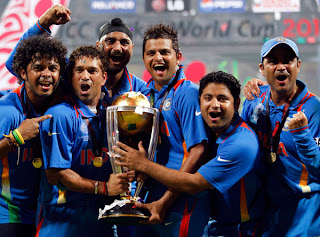 Posted by Praveen kumar at 8:05 AM No comments: