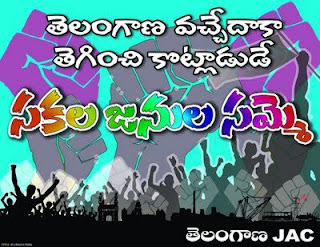 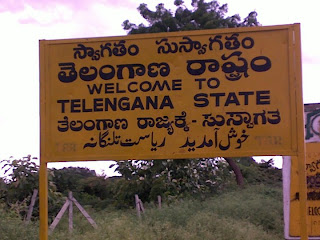 The stage is set for a major showdown between the state government and 2.4 lakh employees of Telangana with the latter calling for an indefinite general strike 'Sakala Janula Samme' beginning Tuesday even as TRS chief K Chandrasekhar Rao warned that the Telangana region would turn into a fireball if the government invoked the Essential Services Maintanance Act (Esma) against even a single employee from the region.Addressing a massive public meeting in Karimnagar on Monday, KCR said the employees' general strike would be a trendsetter in the history of the state as no bus would run, no train would move, no educational institution would open and no production would take place in the Singareni mines.

Posted by Praveen kumar at 8:26 AM