Source of this article:
http://chinamarketingtips.com/7-lessons-of-xiaomi-marketing-success-story-in-china/

It has been widely reported last week that XiaoMi, a relatively unknown outside of China mobile handsets maker, has claimed the top spot in Chinese smartphone market, unseating Samsung as the market leader. This makes XiaoMi, a private company that was founded just 4 years ago, a fifth largest smartphone manufacturer in the world. Even more impressive was their sales growth figure standing at astonishing 240% compared to the same quarter last year.
On the other hand, the company’s success didn’t come completely unexpected considering huge popularity XiaoMi has been enjoying in China in the last year or so. Clearly, to achieve this feat, XiaoMi had to do a few things right and they did. This begs the question: what other companies, especially Western newcomers, could learn from XiaoMi’s experience?
I’ve looked at their strategy from the marketing standpoint and came up with the list of 7 reasons of their unprecedented success broken down into 4P marketing categories (product, price, place & promotion): 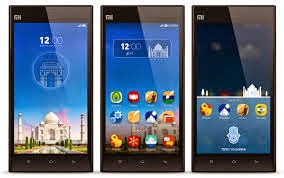 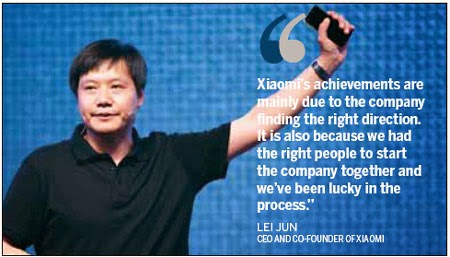 1: Product – not just another knock-off

Competing only on price was not what XiaoMi has chosen as their core strategy. Surely, their phones and tablets are cheaper than Apple’s and Samsung’s but, by far, not the cheapest ones in the market. There are cheaper smartphones that flood China, however all of them have a major flow – poor quality. Essentially, those devices are reverse-engineered versions of Samsung models built from cheaper materials.
By coming up with a good quality phone at lower price range was the key strategic move that put XiaoMi firmly on the map. The phone has a robust case, high quality screen and a reasonable battery. It doesn’t break easily, unlike cheaper copycats that start having issues after just a few months of use.
By building it’s own Android-based OS called MIUI, XiaoMi phones got new exciting features not found on standard Android devices as well as plenty of customization options.

XiaoMi has also realized that selling cheaper phones near their actual cost was not a sustainable long term strategy, so they decided to go with the Amazon’s model – just cover the cost of the devices and make money from selling content. Although, XiaoMi is often compared to Apple, especially considering the fact that their founder, Lei Jun, resembles Steve Jobs in his style and charisma, it is clear that XiaoMi’s true inspiration comes from Amazon.
Also, XiaoMi mostly sells online which further reduces cost of sales and overheads related to brick and mortar stores or dealing with distributors and retailers.
3: Place – gain strength at home first
Although there are rumors of XiaoMi’s inevitable coming to North American and European markets, the company seems to stay focused on China with 97% of the shipments locally. It has been mentioned that their next target will be in South East Asia and, most likely, other BRIC countries. Recently, ex-Google executive,  Hugo Barra, who himself hails from Brazil, has become new XiaoMi’s international face.
It seems that the company is not in a rush to go to more developed markets dominated by Apple and Samsung and prefers staying focused in its home base where the market is still booming. Perhaps, potential IP related troubles stemming from frequent accusations of possible infringements, also play role in choosing to stay away from US and EU for now.

4: Promotion – the power of word of mouth

OK, this one got to be my favorite so I have to break it down. First of all, early on, they have pioneered flash style sales which were done with little or no advertising. Flash sales basically mean selling limited quantities during limited periods. They always create anticipation and urgency – great factors to win consumers’ minds and hearts. Needless to say, the units were sold quickly and talked over a lot all over China’s vibrant social media. Word of mouth marketing worked very well for XiaoMi and they continue to take full advantage of it.

5: Promotion – active use of social media

XiaoMi has also managed to harness the power of social media by not only broadcasting their messages and announcements but by actively engaging with their customers. Engineers are routinely encouraged to speak directly to consumers and use gathered feedback to refine software.

Through its active role in social media, XiaoMi has also succeeded in building a dedicated fan base. Those Mi-fans are very active in social media and are, in some ways, similar to those hardcore Apple advocates that we are all familiar with. Mi-fans are always present at XiaoMi’s product launches where they are known for loud cheering and applauding.

7: Promotion – CEO as the face of the brand

Last but not least, XiaoMi’s charismatic boss, Lei Jun, does a great job in making his brand look cool and current. He has put a face to a brand, something that traditional executives in China wouldn’t feel comfortable doing. Lei Jen’s similarity to Steve Jobs in the ways he talks about the brand is not a coincidence – the late Apple’s founder still holds an almost iconic image among Chinese.

After Samasung and Apple Xiaomi positioning 3rd in Mobile market.In 4 sec 1 Lakh smartphone sold in India.10,000cr recently Xiaomi got investment in company.In 4 years Xiaomi leading the smartphone mobile market.
Xiaomi Historical Steps:
Four years back Xiaomi M1 first mobile announced in china market.Samsung and Apple are estimated like nearly 1-2 thousand mobile phone orders will come.After announced in year of time mobile are ready for sale.Xiaomi announced for pre-order for M1 smartphones.After this announcement in 34 hours 3 Lakhs mobile orders placed for M1 mobiles.M1 mobile cost is Rs16,000/-.Apple iPhone cost is nearly 48K at that time.So most of the smartphone users are prefer for M1 mobiles.M1 mobile contain the all features of iPhone and Samsung note.

Lee Zen completed graduation in computer science and started his carrier in Kingsoft.Before join to Kingsoft company is in very losses but  in 3 years company turnover reached the peak and joined in Top 5 companies in china.Lee Zen position as CEO for Kingsoft.Lee Zen decided for his retirement but unfortunately he started Xiaomi in a garment factory.Lee Zen worked very hard and faced many troubles in the form of his health.
Xiaomi purchasing hardware for smartphones from the same vendors of Apple and Samsung.Xiaomi never compromised in terms of quality and service too.Noe Lee zen positioned 23rd richest person in china.According to the survey Xiaomi beat the other smartphones sale and touched the No.1 market in china.
Posted by Praveen kumar at 7:33 AM