The process of forming the country's 29th state moved a step closer to realisation today with the Lok Sabha passing a historic bill to carve Telangana out of Andhra Pradesh amid din and strong protests by members from Seemandhra region, including ministers.

The Andhra Pradesh Reorganisation Bill, 2014, which has been hanging fire for long, was adopted by voice vote along with 38 official amendments, with main opposition BJP coming on board.

The House looked like a virtual bat .. ground during the 90-minute proceedings as members resorted to slogan-shouting to protest against passage of the bill. Live telecast by Lok Sabha TV was stopped, perhaps the first time.

Some Congress members formed a human wall around top leaders, including Sonia Gandhi and Home Minister Sushilkumar Shinde, to prevent any protesting member to reach them.

Moving the bill for consideration and passage, Shinde said the Centre will give special financial package to Seemandhra, residual part of Andhra Pradesh, to address the grievances of the people of that region.

He said the bill seeks to meet the democratic aspirations of the people of Telangana region by reorganising the existing state into two separate states.

"I would like to reassure members of this House that we have tried our best to accommodate the concerns of all the stakeholders and mitigate the impact of the bifurcation of the state as much as possible," he added.

The bill, which has led to immense rise of tempers in Seemandhra region, was passed after brief speeches by Leader of the Opposition Sushma Swaraj and minister Jaipal Reddy, a pro-Telangana leader from Andhra Pradesh. 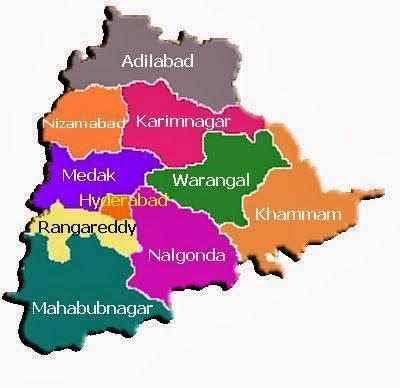 The bill was introduced in the House on February  amid unprecedented scenes marked by fisticuffs, pepper spraying and breaking of House articles. 16 MPs belonging to Seemandhra region were suspended and could not attend the House today.

Many members protested the way the bill was passed in the din, saying it was against democratic norms and a "black day" in the country's democracy.

The bill was introduced in the House on February 13 amid unprecedented scenes marked by fisticuffs, pepper spraying and breaking of House articles. The suspended MPs could not attend the House today.

The MPs from Seemandhra, a region comprising coastal Andhra and RayalaseemaBSE 3.39 % districts, have been attacking the Centre's move saying injustice was being done to them. The bill was being enacted in "undue haste" and that too in the last days of the 15th Lok Sabha, they contend.

Swaraj, who spoke as per an understanding with the government, said her party supports the creation of Telangana but attacked the way it was being done.

"I and my party support the Bill...Telangana should be formed...We rise to prove our credibility and to see wishes of youth of Telangana are fulfilled," Swaraj said amid vociferous protest by members from CPI(M), Samajwadi Party and Trinamool Congress in the Well.

Rejecting Kamal Nath's charge that BJP was playing a double game by supporting the bill and also calling it unconstitutional, she told the media later that the provision giving law and order powers to the Governor was "unconstitutionall".

She said it was the Congress party which was playing a double game. Its own Chief Minister was staging a dharna in the state opposiing the decision of the government at the Centre headed by his own prime minister, she said.

Charging Congress with mishandling the issue of Telangana, she recalled that the BJP-led NDA had created three states during its tenure at the Centre without any disruption in Parliament or in any region.

Accusing the Congress of delaying the process of Telangana formation, the Leader of the Opposition said though the ruling party had promised Telangana way back in May 2004, it brought it at the fag end of the 15th Lok Sabha.

"You have been in power in the last ten years, but you did nothing. You just sat over it", she told Congress President Sonia Gandhi.

In the bill, which will now go to Rajya Sabha for approval, the government has promised to set up an expert committee within 45 days of formation of Telangana to give suggestions for a new capital of residuary Andhra Pradesh.