Cricket God : Sachin Ramesh Tendulkar : An Inspiration to All

Tendulkar (born 24 April 1973) is an Indian Cricketer. Cricket as popularly known as ‘The game of uncertainty’ has certainly provided us with a big name to cherish. Often known as ‘The God of cricket’, ‘the master blaster’ and ‘the little master’,  holds several batting records, including the most Test centuries and the most one-day international centuries, and was rated in 2002 by Wisden as the second greatest Test batsman ever, after Sir Don Bradman. He received the Rajiv Gandhi Khel Ratna, India’s highest sporting honour, for 1997-1998, and the civilian award Padma Shri in 1999. Tendulkar was a Wisden Cricketer of the Year in 1997. 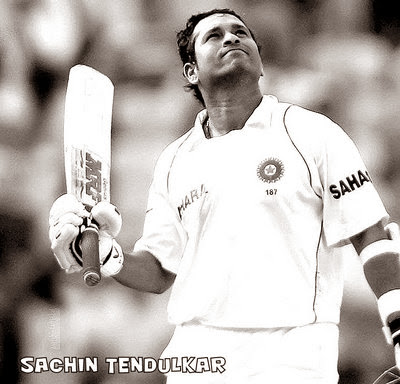 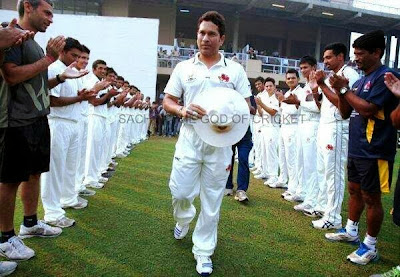 What can we learn from Sachin?

The 3 Laws
Applying the 3 laws to Studies

Passion: Passion means the burning desire to succeed. If you have a passion in something then no one can stop you from achieving it. Take for e.g. Think of any your past success which you achieved in your life. It may be anything like winning awards in sports, Singing, Dancing or Studying etc. Did you analyze why you succeeded in the above events? I will tell you. The reason you won was because of your passion, your determination. If you have it then success is yours. It’s a simple funda.

Never Give UP Attitude: This is the famous quality of all the successful person in the world. It runs like a chain among all of them. In studies too this attitude is a MUST. If you are not able to solve a problem then it doesn’t mean that you should close your book and start worrying about it. The way to get over this is by trying and trying again until you succeed. Try to solve the problem for 15 min to half an hour. Even if you are not able to solve it then no problem, at least you can improve your concepts with this technique which is very important and useful.

Never give Up your Dream: Last but not the least never give up of what you dream. If suppose a student’s wants to join Arts and wants to become a journalist but due to the parental pressure he’s forced to join Engineering. But later he never succeeds in this field and fails just because his aptitude and interest lies in Arts.

If you apply these 3 Laws on yourself then I am sure that no one can stop you from succeeding in your life.

It’s just the burning desire which will make you study; otherwise studying just for name sake is useless.

Giving up too early is not recommended by anyone. You should try until you completely sweat yourself out. A student preparing for IIT JEE faces tons of traumas while preparation, like not able to solve tough problems, losing focus, low on motivation etc…

But these problems can be eradicated just by following the laws given above. It’s not Impossible to crack the Impossible. Nothing is Impossible as Impossible too say I M POSSIBLE. 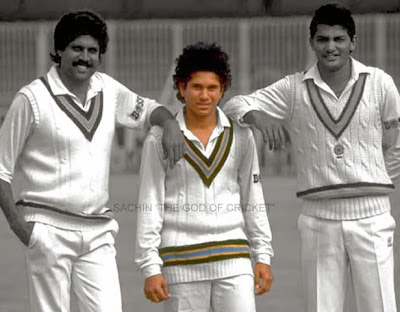 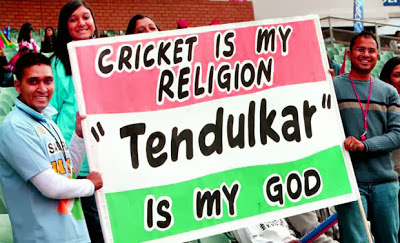 Third youngest debutant in Test cricket, aged 16 years and 205 days, when he made his Test debut against Pakistan on November 15, 1989.

First Indian batsman to surpass the 11,000 runs mark and the third batsman in the world to do so.

After Sunil Gavaskar, Sachin is the second Indian batsman to score over 10,000 runs in Test cricket.

Sachin, along with Brian Lara, is the fastest to score 10,000 runs in Test cricket. Both of them did it in just 195 innings.

Sachin also holds the world record of 29 Centuries in Tests away from home.

Sachin has the highest number of 150 plus scores in Test cricket.

Sachin was the youngest to score a century when he scored his maiden century in 1990.

Sachin scored five centuries before the age of 20. This continues to be a World record till date.

Sachin was the third batsman in the history of Test cricket to have scored a century against all ten Test playing nations.

ALL RECORDS OF SACHIN TENDULKAR- Other Records and Achievements

1997: Tendulkar was one of the five cricketers selected as Wisden Cricketer of the Year[23]

RUNDOWN OF ALL RECORDS OF SACHIN TENDULKAR
(Source: Wikipedia)

Most number of centuries in Test matches – 51.

Most number of centuries in ODIs – 49.

Most number of man of the match awards (62) in the ODIs.

Most number of man of the series awards (17) in ODIs.

Best average for man of the matches in ODIs.

12. Most number of the man of the match awards in World cups. ALL RECORDS OF SACHIN TENDULKAR

17. First player to have scored over 100 innings of 50+ runs in ODIs. ALL RECORDS OF SACHIN TENDULKAR

20. First player to score 200 runs in an ODI.
ALL RECORDS OF SACHIN TENDULKAR

21. Tendulkar top-scored for India on 129 occasions – most such occasions for any player in ODIs.

23. Is the only player to have made three scores of 175 or more. ALL RECORDS OF SACHIN TENDULKAR

26. Tendulkar has scored over 1,000 ODI runs against all major Cricketing nations.

27. Has played ODIs with 866 players (teammates and opponents) – most for any player in ODI history.

28. He has most scores in 90s: 18 (including one not out innings). ALL RECORDS OF SACHIN TENDULKAR

29. He Was involved in 99 century partnerships – most by any player.

30. Tendulkar was the first batsman to score over 3,000 runs against an opponent (3,077 runs against Australia).Since then he has also done this against Sri Lanka (3,113 runs). ALL RECORDS OF SACHIN TENDULKAR

31. Tendulkar was the fastest to reach 10,000 runs taking 259 innings and has the highest batting average among batsmen with over 10,000 ODI runs.

33. Tendulkar was the first Indian player to score a century and capture four wickets in the same ODI (v Australia at Dhaka on 28 October 1998).

37. Sachin Tendulkar and Rahul Dravid hold the world record for the highest partnership in ODIs when they scored 331 runs for the second wicket against New Zealand in 1999-00 at the Hyderabad.

44. He was the first cricketer to receive the Rajiv Gandhi Khel Ratna, India’s highest sporting honor only to be followed by Mahendra Singh Dhoni.

45. In 2002, Wisden rated him as the second greatest Test batsman after Sir Donald Bradman.

47. He was involved in unbroken 664-run partnership in a Harris Shield game in 1988 with friend and team mate Vinod Kambli.

48. Tendulkar is the only player to score a century in all three of his Ranji Trophy, Duleep Trophy and Irani Trophy debuts.

49. In 1992, at the age of 19, Tendulkar became the first overseas born player to represent Yorkshire.

50. Tendulkar has been granted the Rajiv Gandhi Khel Ratna, Arjuna Award, Padma Shri and Padma Vibhushan by Indian government. He is the only Indian cricketer to get all of them.

52. Tendulkar has scored 1894 runs in calendar year in ODIs most by any batsman.

53. He has the least percentage of the man of the matches awards won when team loses a match in ODIs. Out of his 62-man of the match awards only 5 times India has lost.

54. Tendulkar most number man of match awards (12) against Australia.

55. In August 2003, Sachin Tendulkar was voted as the “Greatest Sportsman” of the country in the sport personalities category in the Best of India poll conducted by Zee News.

56. In November 2006, Time magazine named Tendulkar as one of the Asian Heroes.

57. The current India Poised campaign run by The Times of India has nominated him as the Face of New India next to the likes of Amartya Sen and Mahatma Gandhi among others.

58. Tendulkar was the first batsman to score over 50 centuries in international cricket.

59. Tendulkar was the first batsman to score over 75 centuries in international cricket.

61. Sachin Tendulkar with Sourav Ganguly hold the world record for the maximum number of runs scored by the opening partnership. They have put together 6,271 runs in 128 matches

62. The 22 century partnerships for opening pair with Sourav Ganguly is a world record.

63. Sachin Tendulkar and Rahul Dravid hold the world record for the highest partnership in ODI matches when they scored 331 runs against New Zealand in 1999.

64. Sachin Tendulkar has been involved in six 200 run partnerships in ODI matches – a record that he shares with Sourav Ganguly and Rahul Dravid.

68. Second highest individual score among Indian batsmen (200* against South Africa at Gwalior in 2011).

69. The score of 200* is the second highest score recorded in ODI matches.

70. Tendulkar has scored over 1000 ODI runs against all major Cricketing nations.

71. Sachin was the fastest to reach 10,000 runs taking 259 innings and has the highest batting average among batsmen with over 10,000 ODI runs

74. On his debut, Sachin Tendulkar was the second youngest debutant in the world.

75. When Tendulkar scored his maiden century in 1990, he was the second youngest to score a century.

76. Tendulkar’s record of five test centuries before he turned 20 is a current world record.

77. Tendulkar holds the current record (217 against NZ in 1999/00 Season) for the highest score in Test cricket by an Indian when captaining the side.

78. Tendulkar has scored centuries against all test playing nations.[7] He was the third batman to achieve the distinction after Steve Waugh and Gary Kirsten.

79. He holds record for the second most number of seasons with over 1000 runs in world in a calendar year.

81. Tendulkar and Brian Lara are the fastest to score 10,000 runs in Test cricket history. Both of them achieved this in 195 innings.

82. Second Indian after Sunil Gavaskar to make over 10,000 runs in Test matches.

83. Became the first Indian to surpass the 11,000 Test run mark and the third overall.

86. On 10 December 2005, Tendulkar made his 35th century in Tests at Delhi against Sri Lanka . He surpassed Sunil Gavaskar’s record of 34 centuries to become the man with the most number of hundreds in Test cricket.

88. Tendulkar is the first batsman in history to score 100 centuries in international cricket. 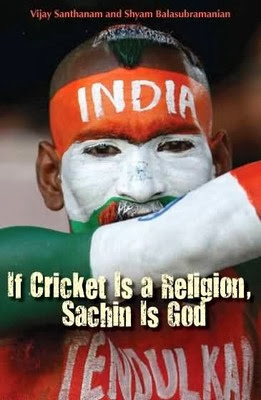 Posted by Praveen kumar at 2:33 AM