Architecture of Android
In order to understand how Android works, take a look at given below Figure, which shows the various layers that make up the Android operating system (OS). 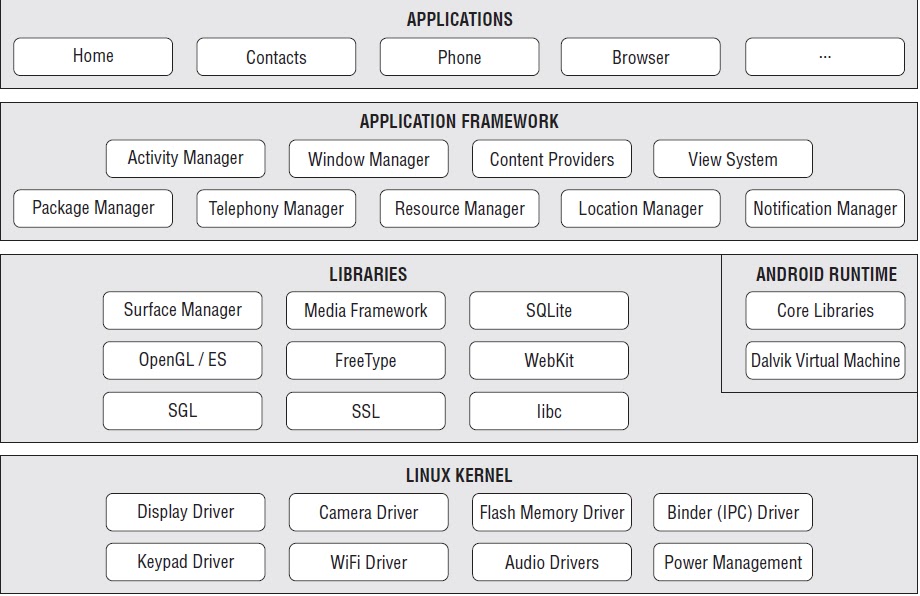